What is planetary health?

Humans are living longer, healthier lives than ever before. Global life expectancy is 71 years for a person born in 2015. Improvements to health have come from advancements in public health and medicine, as well as from agriculture and industry. However, this progress often comes at a cost. Human activities have caused global environmental change – not only do we pollute the air we breathe and the water we drink directly, but greenhouse gas emissions are changing the world’s climate.

This has knock-on effects for our health and society. The World Health Organization estimates that 25% of death and disease globally, and nearly 35% in regions such as sub-Saharan Africa, is linked to environmental hazards. Malaria is one of the largest causes, and can be affected by human activities such as deforestation and building poorly designed water systems. As the climate changes, mosquitoes can travel to new areas, and with them the diseases they carry, like malaria and Zika. Storms that lead to flooding are becoming more severe. Warmer temperatures lead to increased rainfall and higher sea levels. Our flood defences were often not designed for such extreme extremes.

Other less dramatic, but no less serious, changes are also happening. Great gains have been made in nourishing the planet by improving agriculture. Although plants can grow faster when there is more carbon dioxide in the atmosphere, the nutritional content is compromised. Iron, zinc and protein decline when plants grow in air with elevated carbon dioxide. Heatwaves, drought, floods and simply changes to the seasonal patterns can affect food production and destroy livelihoods. Planetary health examines the impact of environmental changes like these on human health.

Historically, health has been considered as the health of an individual or a population. By factoring in the environmental systems that human health depends upon, it becomes clear that degrading natural resources will have a detrimental effect of people’s health in the future. To sustain improvements to health and well-being, we must consider how we can minimise the environmental factors which are currently degrading human health.

The concept of planetary health is directly aligned with the United Nations’ Sustainable Development Goals (SDGs), which are a universal call to end poverty, protect the planet and ensure that all people enjoy peace and prosperity. The SDGs were adopted by world leaders in 2015 and have targets to be achieved within the next 15 years.

Planetary health is a useful framework to use in addressing the goals by bringing together a wide range of disciplines including health, environment and economics to tackle global issues holistically.

A New Discipline in Global Health

First coined at The Rockefeller Foundation’s Centennial gathering in 2013, “planetary health” will factor in future health and environmental harms over present-day gains, particularly those that disproportionately affect the poor and those in developing nations.

Now, more than ever, the collective efforts of diverse stakeholders from around the world are needed to generate new knowledge and educate about, advocate for and enact policies that promote planetary health.

That is why The Rockefeller Foundation Economic Council on Planetary Health at the Oxford Martin School was formed.

Over the next 18 months, the Council – made up of world leaders from business, government, international organizations, civil society, and academia – will bridge knowledge gaps on the links between economic development, natural systems and human health to compel collaboration across disciplines and coordinated action to address the complex challenges of the 21st century.

Based on recommendations from a 2015 Rockefeller Foundation-Lancet Commission on Planetary Health, the Council aims to: 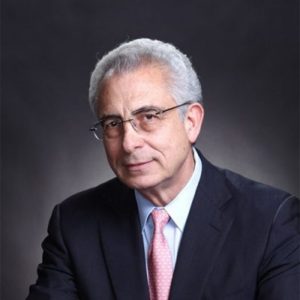 Members of The Rockefeller Foundation Economic Council on Planetary Health