Humanity is dependent on the environment and natural ecosystems for livelihood, food security, health and quality of life. However, by exploiting natural resources, humanity has reached a tipping point whereby the impact of human activity on the environment is starting to have a negative impact on our health and well-being, from an increase in water-related diseases and air pollution to food scarcity and deforestation.

The concept of planetary health has only recently entered debates of global health and environmental issues, but it is particularly distinguished from current narratives on health and the environment in that it makes an explicit link between human activity, environment and health through a multidisciplinary approach. Advancement towards planetary health requires an understanding of the connections between the environment and human health and how to conserve and rehabilitate ecological pathways to provide human health benefits. To achieve these objectives, collaboration and coordination between different stakeholders and shareholders, particularly in the private sector, are necessary.

Today, large private corporations find themselves in the spotlight like never before for contributing to exhausting natural capital. Businesses depend on natural resources for direct inputs, for instance, water and materials, and suffer indirect impacts when events caused by environmental degradation, such as floods, impede production and distribution activities. 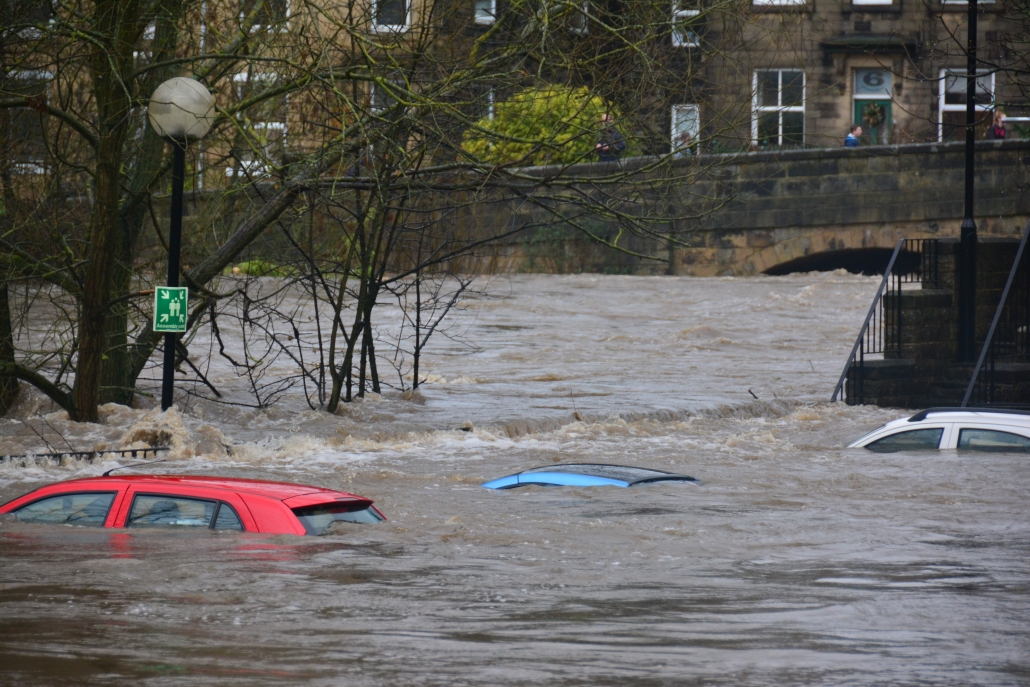 Traditionally, the main success indicator of performance measurement and management in corporate businesses has largely been financial profit. This traditional way of making and assessing performance, however, is being increasingly challenged due to multiple stakeholder pressures on corporations: consumers are shifting towards products that are produced using sustainable, environmentally friendly methods and technologies; employees demand transparency from corporations, and governments are increasingly enforcing regulations to lower waste and pollution levels.

A responsible business, therefore, balances the needs of all of its stakeholders with the need to make profit and aims to create profitable solutions for environmental and social challenges that adversely impact people and the planet. Companies need to be aware of the impact that their operations and products have on the environment and human health and well-being. As such, it is predicted that large multinationals will play a leading role in enhancing the well-being of communities surrounding their operations and protecting the environment upon which human well-being is contingent. They are expected to actively and responsibly participate in achieving the globally agreed-upon Sustainable Development Goals to build a more environmentally secure planet and ensure that nine billion people can live well by 2030.

To do so, businesses are moving beyond profit-centric and sustainable strategies to exert a positive influence on society and the environment. This includes incorporating non-financial metrics into accounting and profit and loss statements to develop long-term human, social and natural capital and improve societal and environmental conditions, which may, then, have a positive impact on human health and well-being. It is worth noting that it is only recently that corporations have become concerned with and vocal about sustainable business practices. Corporations, such as BASF, Mars Corporation, LafargeHolcim and Conservatorio – to name a few – are at the forefront of redefining their purpose and performance. These companies are incorporating a range of non-financial assessment approaches, such as impact valuation and non-financial metrics, as well as the Exploring Natural Capital Opportunities, Risks and Exposure (ENCORE) web-based tool that conducts natural capital assessments for economic sectors, and the Economics of Mutuality (EoM) framework into their corporate strategies. Basing their decisions around these approaches, tools and frameworks will allow businesses to improve their overall value creation and become more responsible and sustainable in their impacts on society and the environment.

By Priya Sajjad, PhD candidate in Anthropology at the University of Oxford

Achieving planetary health is about drastically changing economies, industries and consumption patterns globally in order to reduce their impact on the environment and human health. This means a radical shift to healthier and more environmentally friendly production processes and behaviours, and the need to create technologies and infrastructure to replace existing ones. Making this shift comes at a cost, but should be seen as an investment for the future, both as protective and preventive action against threats to planetary health.

Here are seven propositions to reshape the financial system in favour of planetary health, building on ongoing discussions involving financial regulators and financial institutions. The EU Action Plan on Sustainable Finance already offers a good opportunity to put planetary health topics on the agenda of mainstream policy-makers. While this EU framework is currently focused on climate mitigation, it could serve to open the way for addressing broader sustainability issues, including planetary health.

1. Systemic risk and prudential regulation
The stability of the financial system can be affected by planetary health issues and consequent financial risks, and reciprocally planetary health may suffer from biases in prudential regulation, typically favouring short-term and low-risk investments where long-term and risky investments would be appropriate. Therefore, prudential regulation should be enhanced following a precautionary approach to be able to cope with the forthcoming unprecedented and swingeing risks, and to help finance become a net contributor to planetary health. Penalizing factors can be put in place to account for the detrimental effect and long-term risk carried by some economic activities that we want to avoid. Other prudential tools that may be employed include countercyclical and systemic risk capital buffers, lender/borrower constraints on credit allocation, or credit guidance and requirements to hold certain shares of assets, depending on their positive/adverse contribution to planetary health. More generally speaking, clarification of which economic activities are harmful/necessary for planetary health would allow the appropriate use of prudential tools and other regulatory measures, based on such distinctions.

2. Classification of sustainable economic activities
The European Commission is working on a taxonomy of sustainable economic activities, which is to serve as a backbone for all financial tools and criteria that present themselves as “sustainable”. The development of such a classification system started in 2018 with climate mitigation, and is to be extended to climate adaptation and broader sustainability issues, including pollution prevention and control, and protection of healthy ecosystems. This initiative strongly resonates with the planetary health approach. An alternative approach would be to develop a negative taxonomy, which would certainly be easier and more effective to implement, highlighting those activities and technologies that are not sustainable under certain conditions. Such an approach has not yet been developed at the institutional level, but has been recently proposed by central banks and financial supervisors. Classification of economic activities that are either compatible or incompatible with planetary health could be created and maintained by core administrations attached to governments – potentially emerging from a UN body – and be associated with policies and regulations applied to the financial system. 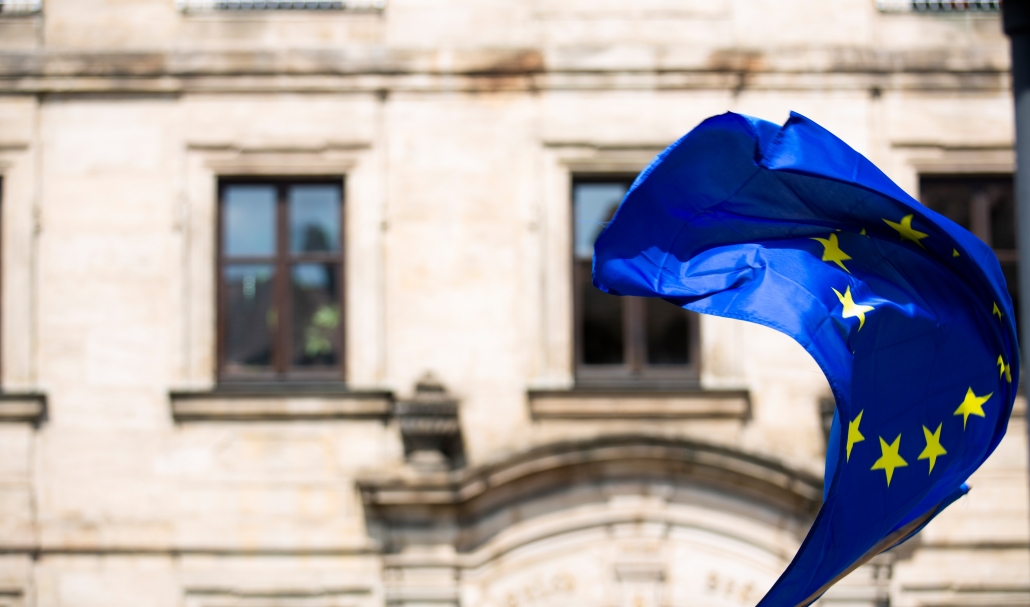 3. Labelling, indices and funds, and fiscal policy
Identifying what is green/brown or aiding/damaging planetary health makes the investor’s job easier, especially for individuals, in managing their savings. With such a characterisation – based on a taxonomy similar to the ones discussed above and targeting companies, projects and activities that really need to attract additional financing – it becomes possible to put a planetary health label on investment products. Such labelling has the power to guide investors on impactful products, and to curtail investment flows to those that do not support planetary health priorities. It can be powerful, especially on main stock indices, as they are a core benchmark for all market participants. A complementary approach to positive labelling can rely on blacklisting (i.e. negative screening) of bad activities for planetary health, which can be more intelligible for investors as well as more impactful.

4. Mandatory reporting framework
Without appropriate disclosure, investors, governments and citizens cannot know what currently transpires in the financial markets, and it is impossible to monitor and assess alignment with current climate targets or upcoming planetary health objectives. Governments need to impose more disclosure throughout the financial chain with precise guidelines and standards for financial reporting, so that end users can easily identify and compare financial institutions in order to choose where to entrust their money. Making such disclosures mandatory will not necessarily drive an instantaneous change within corporations, but it will give external stakeholders, including governments, the capacity to engage with companies and stimulate them to change. Achieving efficient disclosure and reporting is with the indispensable deep reform of current accounting principles, which fall short of integrating planetary health considerations or any non-purely-financial items. Accounting is the primary tool that defines a company’s value and its main rules governing activities and management. But without such normative planetary health accounting rules, most economic decisions will never effectively address planetary health.

5. Fiduciary duty
A core concept of financial management is the notion of fiduciary duty to the client. Managing other people’s money comes with responsibilities, which could include investment managers actively financing planetary health as a target in order to avoid long-term threats that could affect the client’s financial interest. Similarly, it would be a breach of fiduciary duty to invest in “bad” assets (e.g. generating pollution), if the general market consensus is to start avoiding them. Integrating planetary health in fiduciary duty would represent a great power of change, enabling a massive shift of money flows. This could be a part of respective regulations defining fiduciary duties in each jurisdiction. More broadly, such approaches should be extended to all bodies and rules of the financial system, aiming for enhanced accountability of financial market participants and intermediaries (stock exchanges, rating agencies, etc.).

6. Shareholder engagement
As shareholders, investors have significant powers to orient companies’ strategic choices and to impel them on planetary health pathways, even against the wishes of the company management. Compared to measures that tend to favour companies that are already “green”, shareholder engagement has the power to incentivize those that are not, and therefore constitutes a strong tool for change. Institutional investors are not passive and many are committed to achieving the SDGs. Thus, they can be committed to planetary health, or on behalf of their clients, and vote as active shareholders to push investee companies to shift their activities to more sustainable pathways.

7. Monetary policy
Central banks play a significant role in ensuring economic stability. While many central bankers argue that their role in directing money is to be “neutral”, that is not always the case. For example, the European Central Bank tends to favour today’s main industries, which are highly carbon-intensive and falls short of directing investments in line with European climate policy goals. It is interesting to see, however, that some countries actively use their central banks to make economic choices, such as China and Brazil. After a campaign of quantitative easing following the most recent financial crisis, monetary policy and money creation are now being seen as avenues with the potential to be “greened” in aspects such as QE, and others such as collateralization. Implementing such a change would require a shift in mentality among central bankers. This will not be easy but the discussion has already started.

The financial sector has an important role to play in planetary health, but it is currently constrained by a number of obstacles, with short-termism being one of the more fundamental impediments. The best contribution that finance could make to planetary health is to rethink the financial system as a whole.