Paris proved a fitting backdrop for the Green Growth Knowledge Platform’s annual conference this year, which focused on social inclusion in green growth policies. Central thoroughfares of the city were blocked by ‘les gilets jaunes’ who were protesting President Emmanuel Macron’s fuel tax hikes. They are so called for the ‘yellow jackets’ which French law requires all drivers to carry.

The aim of the GGKP Annual Conference and Learning Forum was to examine how pro-environment, pro-economic growth policies can also tackle social equality and ‘Leave No-one Behind’ in the context of the UN Sustainable Development Goals. As we heard diverse evidence of green economic transitions presented over four days, from both developed and developing countries, we concluded that green growth policies will not succeed unless they explicitly address social inclusion and workers’ needs.

Since the GGKP’s founding in 2012, much research, policy development and advocacy effort have gone into making the case for green growth while often the aspects of equity and inclusion have appeared to be secondary.

The ‘les gilets jaunes’ offered a visible reminder this year to conference delegates that important fiscal measures to discourage pollution and nudge forward green behaviours can impose painful costs on workers and households. 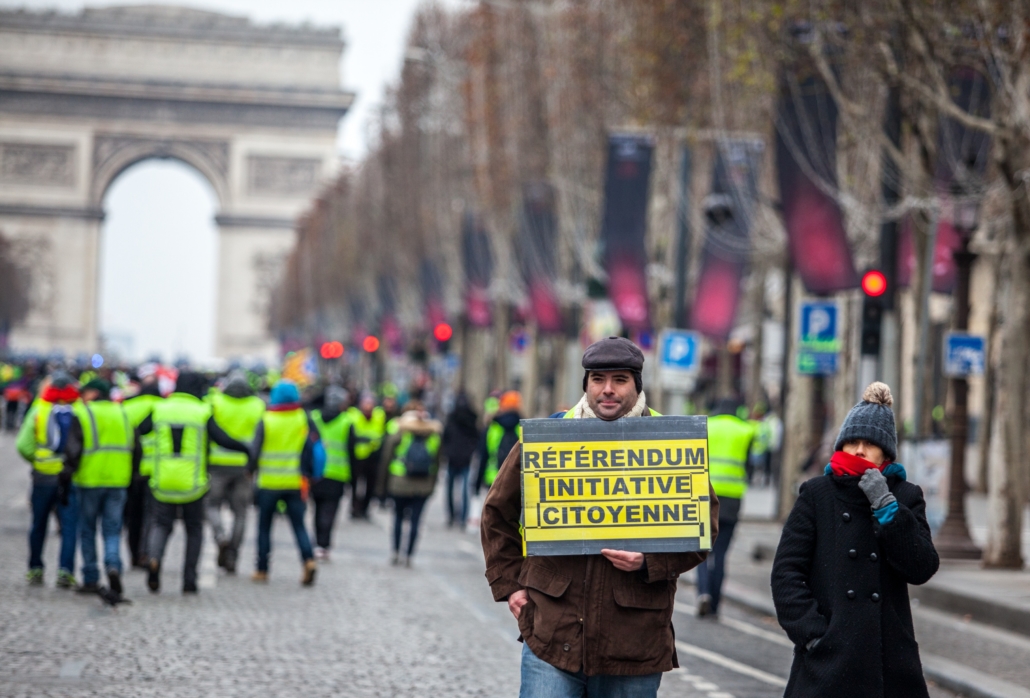 As well as discussing the unfolding events in France, delegates considered how South African miners have protested against renewable energy investments, and the public has protested against the reduction of subsidies that are propping up fossil fuel consumption in Nigeria.

Macroeconomic studies support the case that a green economy can benefit workers overall. The ILO report Greening with Jobs shows that a transition to a low-carbon economy in line with the Paris climate agreement can produce 24 million new jobs against the likely loss of 6 million jobs under business as usual. However, it’s up to government leaders to prepare society for the transitions to a greener economy and to offer material compensation to those who are negatively affected.

The crux of the transition is that ‘brown’ and ‘green’ jobs require different knowledge and skills. Workers need significant support if they are to be successfully redeployed to new industries.

It is imperative for governments – and firms – to consider how workers could be displaced by the transition to a greener economy, and to look at how they can be compensated and retrained.

The Government of Poland was on the front foot by launching a Just Transition Declaration in the run-up to United Nations climate talks (COP24), which it hosted from 3-15 December 2018. The COP24 took place in the centre of Poland’s Upper Silesian coal belt, home to many of the 90,000 Polish workers who are still employed in coal mining.

“Considering the social aspect of the transition towards a low-carbon economy is crucial for gaining social approval for the changes taking place,” reads the Declaration (which to date has been signed by some 54 government representatives and world leaders). “Public policies to reduce emissions will face social resistance and significant political risks for the governments implementing them if they are not accompanied by social security programmes for workers whose jobs will be lost or transformed. For these reasons, the issue of fair transition is a vital issue for governments, social partners and civil society organisations.”

Spain is currently rolling out a policy to manage this type of transition: this year, the Government of Spain must end coal production subsidies, in order to meet European Union requirements. This development, along with lower coal prices on global markets, will put the country’s remaining 40,000 coal miners out of work. As reported in the Huffington Post, the government will plough US$285 million into compensation payments and retraining schemes for coal miners over the coming decade. Miners previously protested their economic grievances on the government’s doorstep in Madrid; the coming months will tell whether miners consider this new social safety net to be adequate to support them and their families. 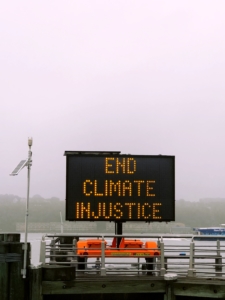 A sign on display at the UN Framework Convention on Climate Change (COP24) in Katowice, Poland, December 2018. (Jon Tyson)

Not just ‘any job’ – an agenda for ‘decent green jobs’

One of the most important aspects of adjusting to a new, green economy is creating decent jobs for workers who are displaced. Take the example of Aberdeen, Scotland, the centre of the United Kingdom’s North Sea oil and gas industry. Since the early 1970s, workers (mostly men) have been employed in lucrative jobs on offshore oil rigs. As oilfields are closed down, redeploying workers to jobs of equivalent pay and status may mean significant retraining, for example, in the nascent offshore wind power industry or other renewable energy jobs. Speakers made the point that offering oil workers low-paid work in call centres or other services sector roles would cause significant social dislocation.

“The decarbonisation process must create quality jobs,” said Montserrat Mir Roca, Confederal Secretary of the European Trade Unions Confederation. “It is an opportunity for good quality employment.” In this era of the rising gig economy where workers suffer the job insecurity of zero-hours contracts, Ms Roca’s intervention was a reminder of how green jobs fit into larger employment trends.

Olivier Deschenes, University of Santa Barbara, said it is a myth that green transitions hurt the least skilled workers the most. On the contrary, his analysis showed that “all education groups benefited from green labour policy [in the US] but the biggest benefiter was the lower-skilled workers. [They achieved] 15% more real wage bill growth compared to higher skilled and educated workers.”

Green jobs are part of a bigger picture

Existing and looming imbalances in many labour markets – i.e. skills shortages in some areas and surplus in others – present knotty challenges.

Already, OECD countries are ‘struggling’ to match employees with vacancies in the labour market, according to Fabio Manca, Economist at the OECD Directorate for Employment, Labour and Social Affairs. The automation of jobs (and related displacement of workers by robots) is another global macroeconomic trend, in which the green economy transition is located. Some 32% of all jobs in the OECD will stand to be substantially changed (and 14% of them made redundant) by automation. Policy-makers will need to plan the transition to the green economy and support for workers in the context of this larger labour market picture.

Green fiscal policies to discourage polluting behaviour and hasten a green economic transition are also an essential part of this wider picture.

One successful fiscal measure in the spotlight – from which other countries and regions can learn – is British Columbia’s carbon tax. First introduced in 2008, this tax “provides a signal across the economy to reduce emissions while encouraging sustainable economic activity and investment in low carbon innovation” and has not held back the province’s economic growth (real GDP growth of 17% from 2007-2017 while emissions fell almost 5%). To support greater ambition, British Columbia is now increasing the tax incrementally from $35/tonC to $50/tonC and instituting a climate action tax credit. 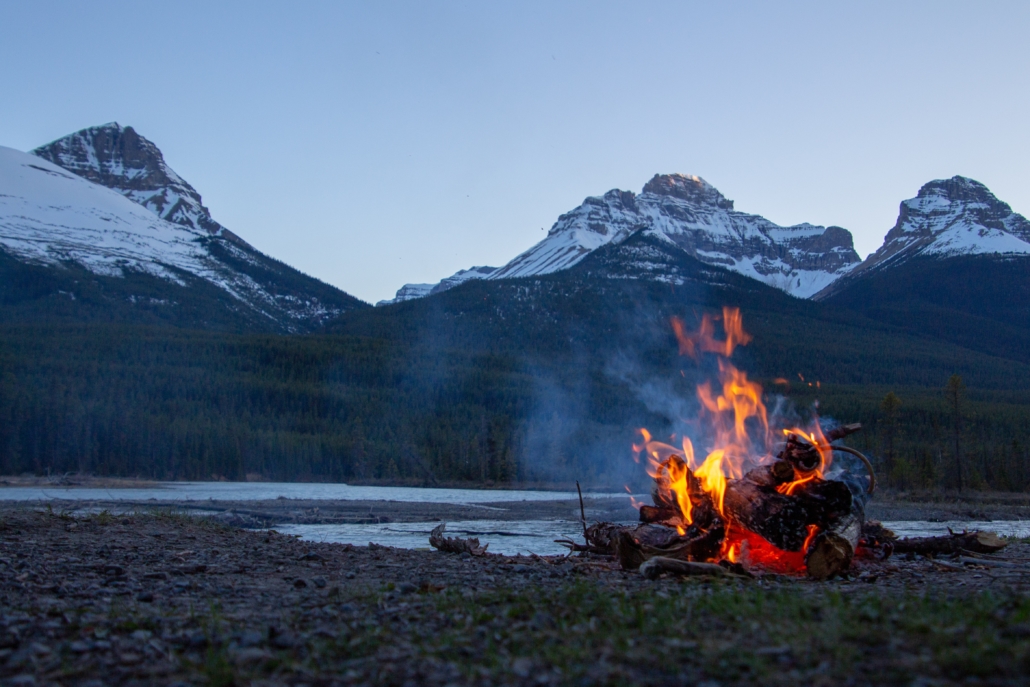 Of course, the above examples of worker dislocation and the search for a ‘just transition’ were all from developed countries with histories of organised labour and collective bargaining. We were interested to see how the notion of a ‘just transition’ could apply in developing countries. Several best practices and challenges emerged.

In Indonesia, Mariski Nirwan of GGGI Indonesia described how her team, based in the National Institute of Public Administration, is trying to develop green careers advice and mid-career retraining to the country’s 4.5 million civil servants and so prepare them for a green transition before job displacement occurs. Still in its early stages, she said she hopes her nascent programme can help employees plot green career pathways to withstand the many variables that will shape their working lives.

One-third of the world’s workers work in the informal sector – unregulated and unsupported – according to Steven Stone, UN Environment’s Head of Resources and Markets.

Several inspiring and innovative examples of channelling informal sector workers into the ‘circular economy’ by developing safe, green jobs were highlighted during the conference. For instance, Ella Pad, Bangladesh showcased how they are reusing textile scraps from the garment industries to make low-cost sanitary napkins. In so doing, providing a safer work environment for more than 50,000 female workers.

Also in Bangladesh, a waste management company produces fertiliser from collecting fruit and vegetable waste in Dhaka. If all the waste was collected, according to Catherine Saget of the ILO, then 1,600 jobs would be created. However, she added, an ILO survey showed that “most training programmes were focused on youth, and on particular sectors, and on skilled and semi-skilled workers. So have to think of other policies/programmes to reach adult workers and unskilled workers.”

It was encouraging to see so many processes underway to support the exchange of knowledge and experience on green economy transitions.

Building domestic capacity and skills take time. We were struck by the fact that many different kinds of support will be needed: including peer-to-peer exchange and career development, within government, within private businesses and in intermediary and support institutions such as NGOs, community-based organisations and municipalities. Establishing collaborative learning networks will be a key element.

CDKN’s nascent peer-to-peer exchange programme on climate compatible development – with new funding from the Government of the Netherlands and IDRC-Canada – will make a contribution as one of many international initiatives.

As Seth Cook of IIED said: “The green economy is vast and no single training institution can cover all of them. We need to make use of materials from all these institutions and customise them and tailor them to different situations.”

This article was first published on the Climate and Development Knowledge Network website on 18 December 2018.