The radical transformations demanded by climate change and planetary health require effective leadership to enable society-wide shifts in values and behaviour, and the management of “trade-offs”. Leadership can come from the public sector, private sector, academia, the media or elsewhere, but it is essential from those in senior political office.

It was effective leadership from heads of state alongside business leaders, governments, mayors, civil society and others that enabled the 2015 Paris Agreement on climate change and its subsequent rapid ratification as a global treaty. This was a remarkable moment based on consensus and multilateral cooperation.

Yet, since then, multilateral coordination and cooperation have been weakened, particularly by positions taken by the Trump presidency, most notably around climate policy. In response to this and the visit of US President Donald Trump to the UK in July, 135 leading climate change researchers based in the United Kingdom – including 15 at Oxford University and four associated with the Rockefeller Foundation Economic Council on Planetary Health – wrote to British Prime Minister Theresa May, urging her to challenge Trump’s position on climate change.

The letter from the UK research community pointed out that Trump’s “policy of inaction” on climate change means that annual energy-related emissions of carbon dioxide from the United States are projected to rise over the next two years, just as they have done in the past. Between 1990 and 2016, the real gross domestic product per capita of the US rose by 44% and its emissions climbed by 2.4%. Over the same period, however, the UK’s GDP per capita also increased – in this case by 46% – but its annual emissions of greenhouse gases fell by 41%, showing that it is possible to achieve economic growth while strongly reducing annual emissions of greenhouse gases. 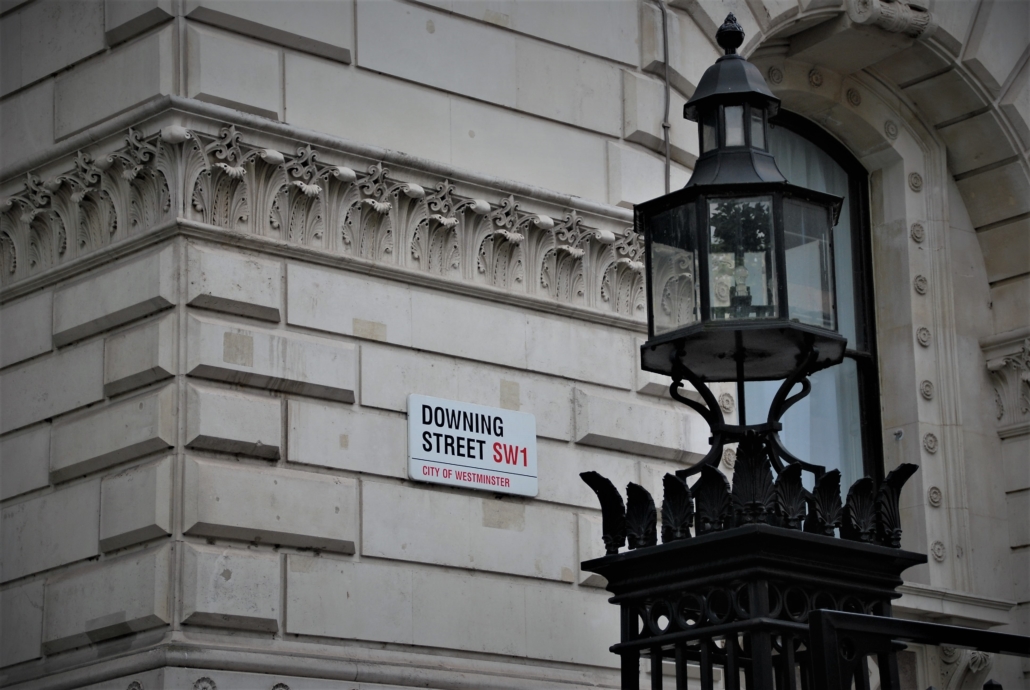 10 Downing Street in London is the official residence and office of UK Prime Minister Theresa May. (Jordhan Madec)

Prime Minister May’s response to the letter is one of assured UK leadership on climate change. She commits the UK to effective implementation of the Paris Agreement, fulfilling British commitments, encouraging others to do the same and promoting more ambitious action – the UK’s 2008 Climate Change Act and more recent the Clean Growth Strategy provide a credible underpinning to the United Kingdom’s strategy.

May also highlights that the UK is taking a lead on climate resilience in the lead up to the 2019 UN Climate Summit and ministerial engagement in the California Global Climate Action Summit this September, a place where sub-national leadership on climate change will come together to tackle the issue.

Another example of climate leadership came recently from the UK press. Within days of the departure of climate-sceptic editor of the Daily Mail, Paul Dacre, the new editor has published an article from former Conservative minister Michael Howard linking this summer’s heat wave to climate change. As political leaders and others help build national consensus on climate change, a shift in messaging from the UK’s popular media opens up opportunities for enhanced action and ambition on climate.

In a similar way, planetary health – the intersection of environmental change, human health and well-being – will require effective leadership from many actors and across different sectors (finance, health, business, media) to achieve high-level consensus. Let’s hope this is the case as leaders of the climate policy community prepare for the Conference of the Parties to the UNFCCC (COP24) in Katowice, Poland, at the end of the year where they will need to agree on the Paris Agreement Rulebook and the implementation of a “just transition” to decarbonisation.